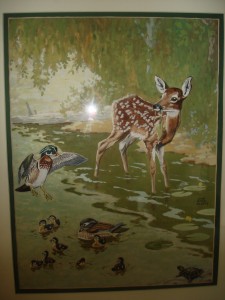 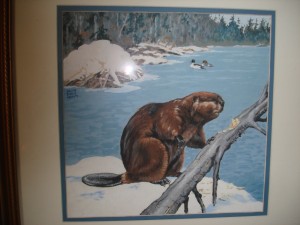 Here are some examples of art that were submitted to the Pa Game Commission for use in the Game News.  The two paintings seen to the right and left are the ORIGINAL oil paintings done by Jacob Bates Abbott.  The one to the left is from June, 1947, and is the oldest original I have ever seen that was used in a cover.  The Beaver painting on the right is from the February 1949 cover.  Most of the art work below was used on the inside of Game News and was submitted by various artists.  All of them are the original drawings and are stamped on the back by the Game News staff and tell which issue and page they were used on.  Several drawings were done by Nick Rosato in his early years working for the PGC.  He is widely known for his work in the Field Notes section of the Game News.