I was born and raised in Marysville, Pa (Perry County) and still reside there.  Growing up I was introduced to hunting and fishing at a young age by my family.  Long before I was 12 years old and able to hunt deer, I spent many nights in the woods coon hunting with my father and brothers.  My passion for the outdoors led me to a career with the PA Fish & Boat Commission as a fish culturist at Big Spring fish culture station.  When Big Spring closed in 1999, I continued as a biologist for another year.  Today I operate my own Landscape Business which gives me the freedom to persue my love of the outdoors. 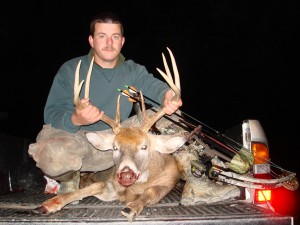 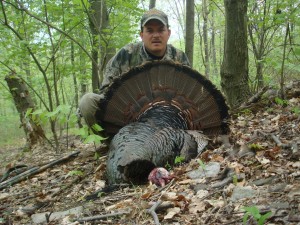 My collecting days started at a young age as well.  From children’s books to tobacco tins to baseball cards, I have seen and done most.  But my real passion was outdoor collectibles, mainly hunting and fishing licenses.  I started collecting my own licenses from my first one and have kept all of them since.  I have since started my 10 year old daughter’s collection with her first two Mentored Youth permits.

Through years of collecting hunting and fishing licenses, I have gained an appreciation of the history of hunting and fishing in our state.  This has led me to collecting Pennsylvania Game News.  For the last few years, putting together the entire set has become one of my top priorities.  The only other main goal I have is to complete the state Antlerless set that started in 1951.  The list of licenses I need for this can be found on my wanted page.